NC Move Over Law, What Should I do?

Violation of the move over law is an infraction punishable by a hefty fine of $250.

In addition, this statute falls under the catch all provision of the code and results in 2 driving points and 0 insurance points.   \

If you must stay in your lane and cannot move over, you need to reduced your speed to at least 20 MPH under the speed limit.
Posted by Unknown at 8:34 AM No comments:

In cases such as these, the DMV may suspend your privilege as soon as it receives the conviction report from the court.  If your driving privilege is suspended, you may have the right to a hearing in the judicial district where you live.  If you believe your driving privilege should not have been taken and the hearing provides no relief, you may appeal the DMV’s decision within thirty days to the Superior Court of the county where you live.  The court will review your case to see if there were proper gtounds for taking your privilege

Your license may also be suspended for an out of state citation if you are convicted of an offense that would have resulted in a suspension had that ticket occurred in North Carolina.

Your driving privilege will be suspended indefinitely when the DMV is notified from the court that you have failed to appear in court or to pay fines for the citation you received in North Carolina or another state.  In the case of failure to appear or to pay the fine, your driving privilege remains revoked until the DMV receives notice that you have complied with the citation.  Complying with the citation does not relieve you of the consequences for the actual offense if you are convicted.

Lawrence J. Kissling is a traffic attorney in Raleigh, NC.  In addition to Wake County, he handles cases in  Johnston, Chatham, Surry, Wayne, Lee, Harnett, Halifax, Sampson and Nash Counties.
Posted by Unknown at 10:12 AM No comments:


In most cases if you are given a traffic citation when you are involved in an accident, an attorney can get the charges dismissed if your insurance company pays the property damage for the other vehicle.  The charges are typically for Failure to Reduce Speed, Unsafe Movement and other infractions.  Sometimes, the officer will charge you with Reckless Driving when it is a single car accident with not witnesses.

However, what happens when the insurance company disputes liability and will not pay for the property damage to the other vehicle?  In most cases, the District Attorney will not dismiss the charges and your attorney will need to find another way to get the charges dismissed.

The first question is why did your insurance company deny liability?  If they are playing games based upon the contributory negligence law that allows them to deny liability if the other party is partially at fault, there is not much you can do expect threaten to plead guilty which will put them in a bad position if they have to defend you in a civil suit.  The threat of this will usually cause them to rethink their position.

If the insurance company is denying liability because you were not actually at fault, there is another way to get this ticket dismissed.  This will require speaking with the officer who issued the ticket but did not likely witness the accident.  It is often the case where the reporting officer did not speak with all of the parties involved or speak with all of the witnesses.  You may need to provide more information to him that may cause him to change the accident report and dismiss the ticket.  This might be the case where a person is issued a ticket for Following Too Closely because the hit another vehicle from behind.  If the officer may need to be made aware of the fact that the vehicle that was hit cut in front of the other vehicle thereby closing the gap the driver had allowed themselves to make sure they were not following too closely.

If none of these tactics work, the worse case is you may have to use a Prayer for Judgment to keep this off your insurance.  While this is not a great option, it is always better than taking an insurance hit for both the accident and for the ticket if you insurance company decides there is liability some time down the road long after you have concluded this ticket. 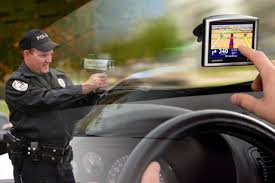 I am often told by a client that they were not going as fast as the officer stated.  My reply is always, "How are we going to prove it?"  There have been some recent articles on using the driver's GPS unit to prove speed.  One is pasted below.  Another more technical paper can be found here.  http://nujournal.net/HighAccuracySpeed.pdf

By Jeff Welty
I’ve had more and more questions about introducing GPS tracking data in criminal trials. When I think about digital evidence, I think about authentication as the first hurdle. This post summarizes the law regarding the authentication of GPS data.
GPS data may come into criminal cases in several ways: because law enforcement placed a tracking device on a suspect’s vehicle; because a suspect was wearing a GPS tracking bracelet as a condition of probation or pretrial release; because law enforcement seized a cell phone or other device containing GPS data from a suspect; and so on. Although each situation presents slightly different considerations, it should often be possible to authenticate such data under Rule 901(b)(1) (testimony of a witness with knowledge that the data is what it is claimed to be), Rule 901(b)(9) (concerning “[e]vidence describing a process or system used to produce a result and showing that the process or system produces an accurate result”), or some combination of the two.
The leading case in North Carolina is State v. Jackson, __ N.C. App. __, 748 S.E.2d 50 (2013). The defendant committed a sexual assault while wearing a GPS tracking device as a condition of his pretrial release. The supervisor of the electronic monitoring unit testified regarding how the tracking device worked. The defendant argued that the tracking data was not properly authenticated, but the court of appeals ruled to the contrary. However, the court did not analyze the authentication issue in detail — instead focusing mainly on whether the data were inadmissible hearsay — so the opinion is useful mainly for cases that have similar facts.
A few cases from other jurisdictions provide more general guidance. Most courts seem satisfied if a witness with a working familiarity with the GPS system explains how it works, how the data were collected, and what the data mean. See United States v. Espinal-Almeida, 699 F.3d 588 (1st Cir. 2012) (ruling that data taken from GPS device seized from boat used for drug trafficking were properly authenticated by the testimony of the lab analyst who examined the device; the analyst provided a “good amount of testimony about the processes employed by the GPS,” allowing the court to apply Fed. R. Evid. 901(b)(9), which permits a witness to describe a process or system and thereby authenticate the result of the process or system; the court ruled that expert testimony was not required to authenticate the data, noting that the analyst was “knowledgeable, trained, and experienced in analyzing GPS devices”).
Several cases have focused on the qualifications and experience necessary to authenticate the data. Courts generally have ruled that the witness need not be an expert so long as the witness is familiar with the technology. Id. See also United States v. Brooks, 715 F.3d 1069 (8th Cir. 2013) (a bank robber was apprehended based on a GPS device that was placed surreptitiously in the loot bag; the trial judge properly took judicial notice of the “accuracy and reliability of GPS technology” generally, and the testimony of an employee of the security company that supplied the device was sufficient to admit the data generated by the device in question; although the witness apparently lacked a “scientific background,” he had worked for the company for 18 years, “had been trained by the company . . . knew how the device worked, and . . . had demonstrated the device for customers dozens of times”); United States v. Thompson, 393 Fed. Appx. 852 (3d Cir. 2010) (unpublished) (a bank robber was apprehended based on a GPS device that was placed surreptitiously in the loot bag; the GPS data was authenticated at trial by an employee of the security company that supplied the device; he explained how the device worked, and he was properly permitted to testify as a lay witness rather than an expert given that his knowledge was based on his personal experience with such devices).
I’m interested in readers’ thoughts about this issue and experiences with different kinds of witnesses used to authenticate GPS data.
Posted by Unknown at 7:12 AM No comments:

Speeding in a School Zone in North Carolina

Speeding in a School Zone


Although school is about to let out for Wake County Schools on a traditional calendar, schools are still in session for those on a year round or modified year round school calendar.  It is therefore important to make sure you watch out for those schools still in session on your morning commute to make sure the school zone is not in affect.
The biggest problem with this requirement is that the signs required to be posted under GS 20-141.1 posted below do not require to sign to state whether the school is in session.  Your average driver, unless they have children in the school and know the school schedule would have no way of knowing if the school is still in session during the traditional summer break.  Likewise, some schools hold camps in the summer months.  Although you may see children present, the school zone is not in affect pursuant to the statute.

In addition to the issue of whether school is in session or not is the impact of a ticket for speeding in a school zone.  The fine has been raised to $250 plus court costs of $188.  This is a pretty steep price to pay for speeding.  In addition, the statute that keeps a ticket off your insurance if the speed is not more than ten miles over the speed limit does not apply to school zones.  (It should be noted that it does apply to work zones.)  Therefore, in most counties, especially Wake County, merely getting a speeding in a school zone ticket reduced to nine miles over the speed limit is not sufficient to keep if off your insurance.  You would also have to have a Prayer for Judgment Continued available and granted by the judge.  Most judges in Wake County will require some number of hours of volunteer work at a non profit to receive the Prayer for Judgment Continued.  The number of hours is usually related the number of miles your original speed is over the speed limit.