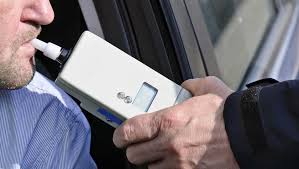 New case on Implied consent and and how it relates to breathalizers and blood test.  Thank you to Shea Denning from the NCSOG for the post.

The U.S. Supreme Court waded into the murky waters of implied consent law this term in Birchfield v. North Dakota. The opinion it issued last week clarified important aspects of the relationship between chemical testing for impairment and the Fourth Amendment, but failed to distill a coherent theory of implied consent. Here’s what we know after Birchfield:

When is your registration really due?

Facts. An undercover Greensboro narcotics detective was monitoring the activities of passengers who disembarked from a bus early in the morning of October 6, 2014, when the actions of one passenger caught his attention. The passenger and his companion got off of the bus and walked into a nearby convenience store. The passenger came back out of the store a couple of minutes later, walked backwards towards the detective’s unmarked car, looked into the car, shooed the detective away, and walked back into the store. A burgundy Buick then pulled into the parking lot. The bus passenger got into the passenger seat of the Buick and his companion got into the right rear seat. The Buick then left the parking lot. The detective entered the Buick’s license plate into his mobile computer terminal, which accessed information from the Division of Motor Vehicles (DMV). The detective, who suspected the pair of drug trafficking activity, subsequently radioed other officers to report that the Buick’s registration was expired and that it “had an inspection violation.”
Another detective received the alert and independently typed the license plate information into his computer. The report from DMV showed that the Buick’s license plate was issued on 9/26/2013, that its status was “EXPIRED,” and that the plate was “VALID THRU: 10152014.” The DMV report contained no information about the status of the car’s inspection. Based on this information, the detective stopped the vehicle and told the driver, Sandy Baskins, that he had been stopped for an expired registration and inspection violation. Baskins consented to a search of the car. A drug-trained dog alerted to the front and rear passenger seats. All three passengers were searched, and officers found heroin inside the pants of the rear seat passenger.
Procedure. The driver, Sandy Baskins, was indicted for trafficking in heroin. He filed a motion to suppress evidence resulting from the traffic stop. The trial court denied the motion. Baskins was convicted at trial and appealed.
Court of Appeals. Baskins challenged the trial court’s findings of fact that the registration and inspection for the Buick had expired. With respect to the registration, the court of appeals cited the rule in G.S. 20-66(g) that permits operation of a vehicle until midnight on the fifteenth day of the month following the month in which the sticker expires
Thus, the court concluded that “[a]s far as the registration was concerned, Defendant was operating the Buick lawfully, and Detective O’Hal was provided confirmation of this fact in the information he requested and received from DMV.” (Slip op. at 7-8).
As for the inspection, the court noted that the DMV screen the officers examined did not contain information about the vehicle’s inspection. Thus, the record did not contain substantial evidence that the Buick was being operated with an expired inspection status.  (Unfortunately for procrastinators like me, there is no fifteen day grace period to obtain a vehicle inspection. See G.S. 20-183.4C(a)(6).)
The appellate court thus overruled the objected-to findings of fact.
But the appellate court did not reverse Baskins’ conviction. Instead, the court of appeals determined that the trial court had not made a proper conclusion of law when it found that “[t]he temporary detention of a motorist upon probable cause to believe he has violated a traffic law (such as operating a vehicle with expired registration and inspection) is not inconsistent with the Fourth Amendment . . . . O’Hal was justified in stopping Defendant[s’] vehicle.”
The court of appeals explained that while this conclusion “intimates that Detective O’Hal was justified in initiating the stop based upon either the alleged registration violations or the alleged inspection violation . . . it does not actually make any such conclusion.” (Slip Op. at 12.)
Thus, the court remanded for “further action consistent with this opinion, including making additional findings of fact and conclusions of law as necessary.” (Slip Op. at 13.) The appellate court stated that the trial court had discretion to take additional evidence “in order to comply with this holding.” Id. (citing State v. Gabriel, 192 N.C. App. 517 (2008) (vacating order denying motion to suppress and remanding for additional evidence where trial court failed to enter a written suppression order containing findings of fact or conclusions of law)).
Down to the wire. I thought everyone knew that a vehicle could not be stopped for an expired NC registration during the fifteen-day grace period following expiration. Now that the court of appeals has cleared up any doubt about that issue, NC motorists can continue to drive halfway through the month that follows the expiration of their vehicles’ registrations without worry of being stopped for a violation of G.S. 20-66. It remains to be seen, however, whether the application of this rule will result in a new trial for Sandy Baskins.
Posted by Unknown at 9:25 AM No comments:

Can you Serve Alcohol to Your Children at Home

The answer is NO.

Take a look at the following articles.

It turns out that there are a lot of rules that responsible adults and parents can break on vacation.  I’m not just talking about bedtime rules and no-ice-cream-before-dinner rules.  I’m talking about the criminal kind—the ones that can land you in jail or at least in a district court down east on a hot Monday morning.  I’ve written about a few of these rules before.  And this recent article in the News and Observer put everyone on notice that children under 16 cannot drive golf carts.  But I’ve recently learned a new rule: You cannot have a mixed drink on the beach.
That’s right.  You may not sit your so-far-over-21-that-I-don’t-really-remember-my-younger-self on the beach on the first unofficial day of summer and enjoy a strawberry daiquiri (unless you leave the liquor out). But don’t despair. You may drink a beer or sip some wine.
Alcoholic beverages in North Carolina are regulated under Chapter 18B of the General Statutes. Alcoholic beverages include malt beverages (such as beer), wine, liquor, and mixed beverages. The general rule is that a person may only have liquor and fortified wine (wine with more than 16 percent alcohol) in places expressly permitted by statute. See G.S. 18B-301(f)(4). The rule for beer and unfortified wine (wine with 16 percent or less alcohol) is the opposite: A person who is at least 21 years old may possess beer and wine anywhere except where it is expressly prohibited. See G.S. 18B-300.  Local government lawyers might think of this as home rule for beer and wine.
Where may one lawfully drink liquor and fortified wine?
At home. A person who is at least 21 years old may possess any amount of liquor and fortified wine at his or her home or a temporary residence, such as a hotel room.
Up to 8 liters at other locations. A person also may possess up to 8 liters of liquor and fortified wine (combined) at:

At special occasions. A person may possess any amount of fortified wine or liquor for a private party, private reception, or private special occasion, at:
Just as a person may possess fortified wine and liquor at the aforementioned places, he or she also may consume such beverages at any such location. G.S. 18B-301(d).
At a place with a permit. And, of course, the consumption of fortified wine and liquor is permissible at a location with on-premises fortified wine and mixed beverage permits. G.S. 18B-1001. An on-premises fortified wine permit may be issued to a restaurant, hotel, private club, community theatre, winery, or a convention center. A mixed beverage permit may be issued to any of these types of establishments other than a winery and also may be issued to a nonprofit or political organization.
Not on the beach.  Beaches do not constitute the sort of premises for which a permit may be issued authorizing the possession and consumption of fortified wine or mixed drinks.  While the dry sand portion of the beach – generally the area above the high tide line – may be privately owned, private persons cannot exercise the exclusive control over beaches that is required to authorize the possession of fortified wine and liquor pursuant to G.S. 18B-301(c)(2). Ocean beaches in North Carolina have “from time immemorial” been open to the public for its free use and enjoyment. G.S. 77-20.  Thus, even the owners of dry sand portions of the beach lack the ability to exclude the public from access. See Nies v. Town of Emerald Isle, __ N.C. App. ___, ___, 780 S.E.2d 187, 196 (2015) (“[P]ublic right of access to dry sand beaches in North Carolina is so firmly rooted in the custom and history of North Carolina that it has become a part of the public consciousness. Native-born North Carolinians do not generally question whether the public has the right to move freely between the wet sand and dry sand portions of our ocean beaches.”).
Beer and wine.  I mentioned earlier that a person who is at least 21 years old may possess and consume beer and unfortified wine anywhere except where it is specifically prohibited. No state law prohibits a person who is at least 21 years old from possessing and consuming beer and wine on public beaches. Indeed, the town where I vacation most often, Emerald Isle, adopted an ordinance expressly stating that such possession and consumption is lawful. Emerald Isle, like many cities and towns, does prohibit the consumption of beer, wine and other alcoholic beverages on its public streets and on other public property in the town. See 18B-300(c)(1)(authorizing cities and towns to adopt such regulations).
What’s the penalty? Possession or consumption of fortified wine or liquor on unauthorized premises is a Class 1 misdemeanor. G.S. 18B-301(f)(2), -102(b). The offense is waivable, meaning that one may plead guilty to the offense in writing and pay a fine of $25 plus $203 in court costs in lieu of appearing in court. There were nearly 600 such charges last year, 9 in Carteret County and 55 in New Hanover County.
So, if you’d rather stay on the beach and out of court this summer, forget about that daiquiri and have a Bud Light or some muscadine wine instead.
Posted by Unknown at 10:22 AM No comments: